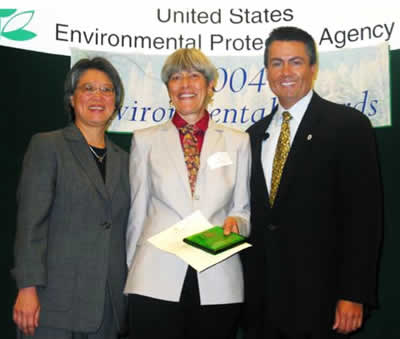 In 2004, The Institute received awards from the League of Women Voters of Oakland and Congresswoman Barbara Lee.

In 2004, Board member Susan Porter (center, below) received an Environmental Award from the U.S. Environmental protection Agency.

City Council Commendation
Council member Nancy J. Nadel presented an award to the Institute and our volunteers for their committed work at Oakland’s beautiful Lake Merritt and their continued dedication to this city as a whole.

Our work has been featured on: