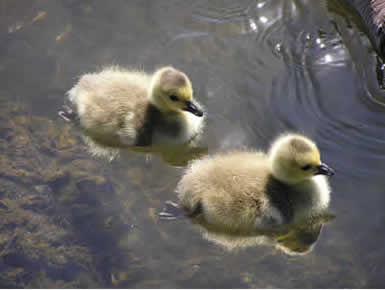 The People of the State of California, represented in Senate and Assembly, do enact as follows:

Section 1. From and after passage of this Act, it shall be unlawful for any person to take, catch, kill, capture, or in any manner destroy any fish in the waters of Lake Merritt or Peralta, in the County of Alameda, except by the use of a hook and line; but it shall be unlawful to use any set lines, night lines or crawls in said lake.

Sec. 2. And be it further enacted, that from and after the passage of this Act, it shall be unlawful for any person to take, kill or destroy, in any manner whatever, any grouse, any species of wild duck, crane, heron, swan, pelican, snipe, or any wild animal or game, of any kind or species whatever, upon, in or around Lake Merritt or Peralta, in the county of Alameda, and within one hundred rods from high water mark upon the land around said lake.”

Although the marshes and mudflats that existed when the status of “wildlife refuge” was awarded to the Lake are no longer here, there are opportunities to enhance the refuge. Small marshes could be re-created; “No-Harvest” areas could be set aside as an underwater sanctuary where algae and widgeon grass would not be removed; mudflats could be restored; artificial reefs could be created.

The Wildlife Islands
Five man-made islands comprise the core of our current refuge. Their terrestrial habitat is scheduled to be renovated in 2010, including: Removal of soil contaminated with decades of bird feces, an irrigation system, removal of non-native plants and planting of appropriate vegetation.

Exotic Life at Lake Merritt
Most of the aquatic species now found in Lake Merritt are exotic (they did not naturally occur in the estuary and came here from somewhere else). Details on these species may be found at www.exoticsguide.org

What Lives at Lake Merritt?
Very few formal surveys of the Lake’s invertebrates, fish and wildlife have been conducted, especially in recent years. Following are studies and/or reports known to the Institute.

In summary, about 140 species of birds and 30 species of fish live at Lake Merritt as well as marine life such as sponges, shrimp, clams, mussels, tubeworms, a few crabs, barnacles, hydroids, marine snails and other invertebrates. Lakeside Park also supports opossum, feral cats and a large colony of fox squirrels. Turkey and deer have also been seen in the park and ill mannered people drop off unwanted pets such as dogs, various birds and even a small python.